Calamity is so named because she’s a “whoopsie” baby out of a Trakehner mare by an unknown Romeo who was probably either a quarter pony (QH pony) or a Welsh — to take a guess. Unfortunately, because the father isn’t known she’s not registerable by the American Trakehner Association, so in all honesty although she’s a warmblood pony, she’s technically “grade.”

I want to place her with a professional who can train her under saddle for a future as a pleasure horse or hunter jumper for a competition-oriented child or small adult.

She has movement, a sweet puppy-dog temperament, has free jumped (after 4 years old and no sooner) 3 ft, and has had a lot of time put into her – including being respectful, safe, and attentive during leading, etc.

No one over 50 lbs was ever on her until after she was 4, so her growth plates have been babied like she was made of gold and because of that her new owner (or eventual owner if she’s taken on as a project) can not only expect longevity and superior soundness from her, but can expect to avoid the wear-and-tear related injuries caused by starting horses as 2-year-olds. Her tendons, joints, and growth plates got to fully mature before being stressed by even light riding. And she is also wonderfully well-built.

She’s sweet and LOVES PEOPLE. Literally never taken a lame step or had a single health issue (not even a mild tummy ache). She’s easy-going in the herd and mid-ranking, all bark and no bite. She holds her weight well on pasture alone and a little grain in the winter – she’s on the “easy keeper” side in that it doesn’t take a lot to keep her in perfect weight, but she’s not prone to obesity when on ample pasture. She’s good for the farrier and has *phenomenal* feet in both quality and angle and is never tender-footed. She’s never had shoes.

The only “negative” thing I can say about her is she has days when she wants to play “catch me if you can” – and other times she runs up to you. She’s never too bad about it (I just walk circuitously and block her path and after like 3 or 4 times she just gives it up and stands to be haltered – she simply walks away, she doesn’t run away and she isn’t difficult to catch even when she’s “trying it on”), and yes she can be *immediately* bribed into being caught in a pinch.

Calamity is a very good, sensible, and brave girl. She’s gorgeous, a great mover, a loving horse, and most importantly she’s got a sound mind and learns quickly.

Her farrier is Randy Autrey and her vet is Miller Thornbury at Hunt Country Equine. 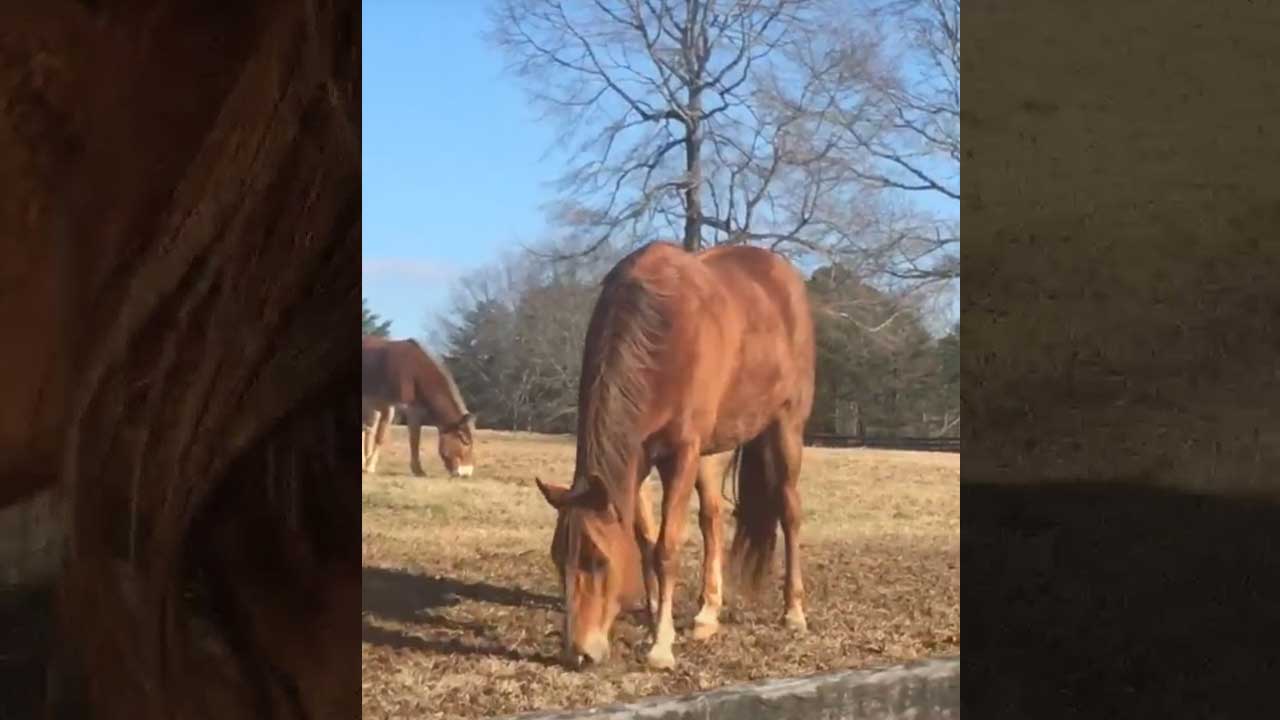 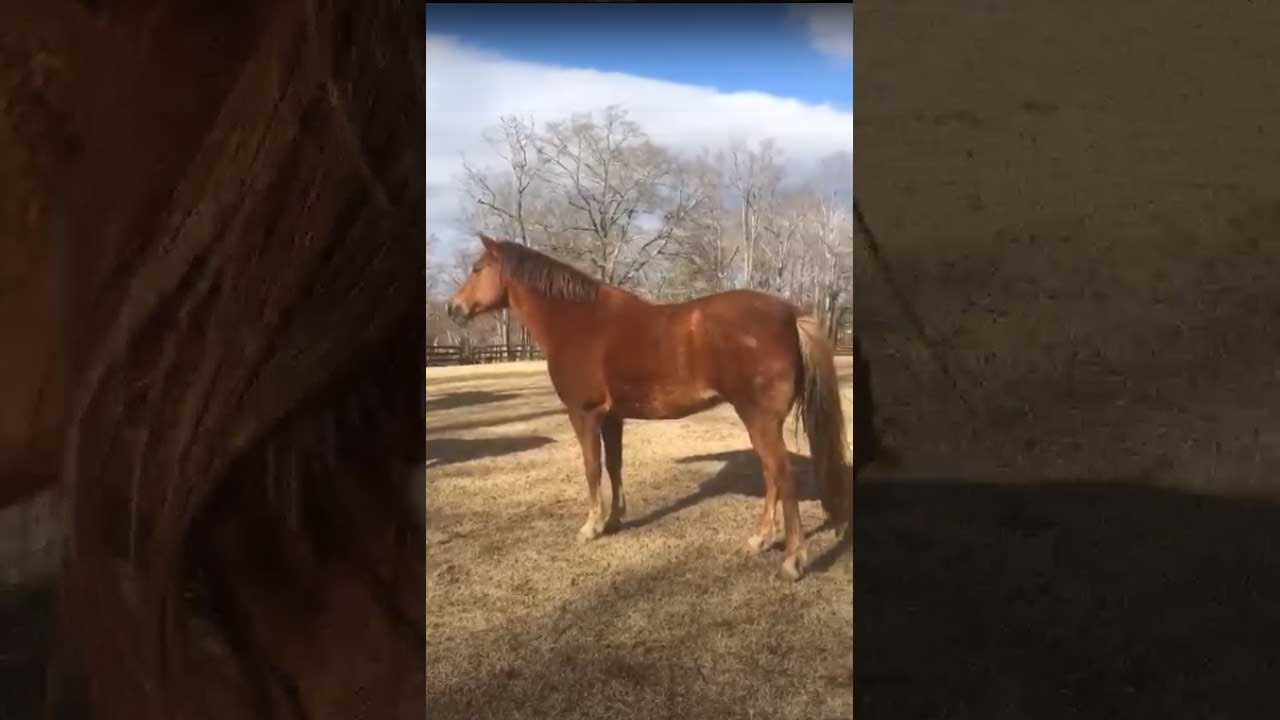